"The Timekeepers" and "My First Sony" are works that deal with difficult subjects in a humorous way. All performances are in English.

“The Timekeepers” is an award-winning drama that has toured Israel to great acclaim for over eight years. The 3-man play deals with the Holocaust in a way that accentuates the private experience amidst a tragedy of millions. It became an 'International hit' and "The most performed Israeli piece of theatre in the world!!!”

“My First Sony,” an award-winning monodrama, has toured Israel and abroad (Germany, U.S.A., Canada, Egypt…) to great acclaim for more than 13 years and has enjoyed rave reviews.

ABOUT ROY HOROVITZ:
One of Israel’s foremost actors and directors, Roy is recognized globally for his work, has appeared not only on stage, but also on TV and in film. He has taught and conducted workshops at universities and school theater departments across Israel, and is a popular lecturer for Israeli drama and plays analysis.

Read a review from Broadway World about Horovitz's productions:
http://www.broadwayworld.com/cleveland/article/BWW-Review-Roy-Horowitz-in-MY-FIRST-SONY-and-THE-TIMEKEEPERS-at-Cleveland-Israel-Arts-Connection-In-Collaboration-With-Dobama-20170629 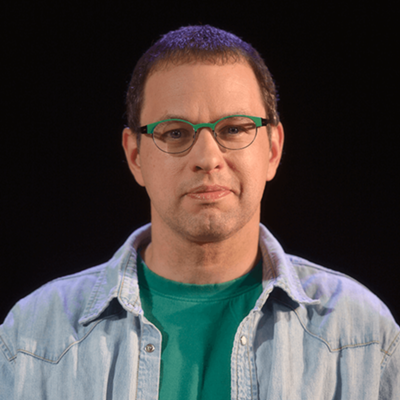