Andy has supervised the placement of multiple probiotic brands into over 60,000 stores in the US and the sale of probiotic ingredients into food, beverage, cosmetic and companion animal products, including Burt’s Bees, Kashi (Kellogg's), and Purina amongst over 800 products in over 60 countries.

Learn about his business and how the Jewish community supported him as an up and coming young professional. This is an exclusive opportunity you don’t want to miss!

REGISTRATION FOR THIS EVENT IS NOW CLOSED.

In 1948, David Ben-Gurion became the face of a great new generation of Jews. His single-minded passion for the Jewish people is as much a part of his legacy as is the State of Israel itself. Today, the Ben-Gurion Society (BGS) embodies that legacy: young men and women combining their knowledge, passion, and resources to build a strong and responsible Jewish community, at home, in Israel, and around the world. The Ben-Gurion Society includes all donors, ages 22-45, who commit a minimum gift of $1,000 to the annual Campaign for Jewish Needs.

ABOUT ANDY LEFKOWITZ
Andy Lefkowitz is the Chairman, CEO and Co-Founder of Locus Solutions, LLC, an Ohio-based company that uses bioinformatics and unique fermentation technology to produce non-GMO, environmentally-friendly microorganisms for a variety of industries including energy and agriculture, where the company is being recognized for its reduction in greenhouse gases. He served in the same capacities at Ganeden Biotech, Inc., where he supervised the placement of multiple probiotic brands into over 60,000 stores in the US and the sale of probiotic ingredients into food, beverage, cosmetic and companion animal products, including Burt’s Bees, GT’s Kombucha, Kashi (Kellogg's), Kevita (Pepsi Co.), Mondelez, Nutrisystem, Purina and Suja (CocaCola) amongst over 800 products in over 60 countries. He helped engineer the sale of Ganeden’s OTC business to a portfolio company of TPG, one of the largest private equity firms in the US, and then the firm itself to Kerry Holdings at historic multiples of Revenue and EBITDA. He is the co-inventor on dozens of patents issued in the US and internationally. He began his career in law at Jones Day and was later the youngest partner at Shea & Gould, one of the then largest law firms on Wall Street. 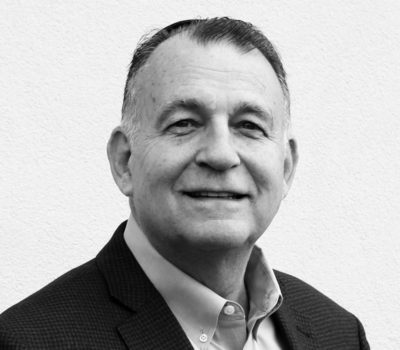