Please join us for the virtual 117th Annual Meeting of the Jewish Federation of Cleveland.

- David Makovsky, Ziegler Distinguished Fellow at The Washington Institute
- Remarks by Board Chair J. David Heller
- Presentation of the 2021 Charles Eisenman Award for Exceptional Civic Contributions to the staff of Cleveland Clinic, The MetroHealth System, and University Hospitals
- Election of Federation trustees

About the Speaker:
David Makovsky is the Ziegler distinguished fellow at The Washington Institute and director of the Project on Arab-Israel Relations. He is also an adjunct professor in Middle East studies at Johns Hopkins University's Paul H. Nitze School of Advanced International Studies. In 2013-2014, he worked in the Office of the U.S. Secretary of State, serving as a senior advisor to the Special Envoy for Israeli-Palestinian Negotiations. Makovsky is the author of numerous Washington Institute monographs and essays on issues related to the Middle East Peace Process and the Arab-Israeli conflict. He is the former executive editor of the Jerusalem Post, was diplomatic correspondent for Israel's leading daily, Haaretz, and is a former contributing editor to U.S. News and World Report. A native of St. Louis, Makovsky received a bachelor's degree from Columbia University and a master's degree in Middle East studies from Harvard University. 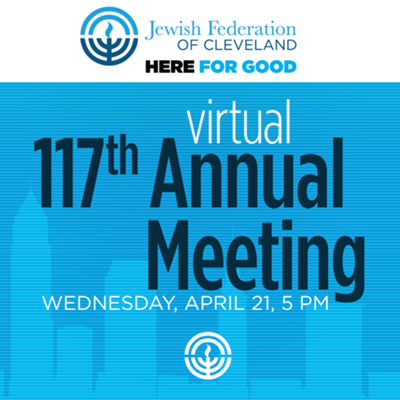