Get connected to arts and culture in Cleveland

Experience all Israel arts have to offer

We bring Israeli arts and culture to Cleveland by working with the finest local arts organizations and institutions. We celebrate experiences that deepen our Jewish identity and share the beauty of Israel with everyone, exploring the human condition through dance, film, music, literature, theater and the visual arts.

We present art where art belongs. If we bring in a theater company, they perform at an established theater; visual art is presented in galleries and museums; music is heard in recognized concert and recital halls. We survey venues across the community to identify and promote Israeli art and artists they are already presenting. We share that information with you, so you can easily access the beauty of Israel and its people through art.

When the Federation turned 100 years old, we celebrated by bringing world-class Israeli art and artists to Cleveland. Interest was outstanding and the idea for Cleveland Israel Arts Connection was born.

Since this program’s inception, over 60 Israel-related arts and culture events have been presented here in Cleveland, all receiving popular acclaim.

In just one year, over 9,000+ people from diverse backgrounds explored the beauty of Israel and Jewish life through Cleveland Israel Arts Connection.

Some examples of our success Presented by Dobama Theatre
The American Premiere of Dror Keren’s “On the Grill” was a responding success. Capacity audiences were treated to an intimate look into the hopes and heartbreak, feelings and fears of an Israeli family and the community that surrounds them.

Did you know?  “On the Grill” won the 2015 Israeli Theatre Prize for Best Original Play. The Desert Shall Rejoice and Blossom

The Desert Shall Rejoice and Blossom:
Photographs by Oded Balilty and Tal Shochat

Curated by Barbara Tannenbaum
Israeli artists Oded Balilty and Tal Shochat provide contrasting yet complementary metaphors for the spirit of their native country: the prickly pear and the fruit tree. Presented by Cuyahoga Community College
The Hazelnuts are a unique musical phenomenon in the Israeli music scene – sweeping large and varied audiences off and on their feet with the swing fever. In addition to performing before over 200 Jewish day school children, The Hazelnuts opened for The Manhattan Transfer in concert at The Ohio Theatre in Playhouse Square. A Cleveland Israel Arts Connection Forum
From ‘Fill the Void’ to ‘The Women’s Balcony’ –attendees had the opportunity to experience religious women - their lives, their loves & and their conflicts through the lens of contemporary Israeli cinema
Eran Polishuk, the Director of Film and Media at Israel's Office for Cultural Affairs at the Consulate General of Israel, New York, led an informative conversation on the current state of Israel’s film industry; dealing with controversial subject matter, up and coming directors, trends in filmmaking, and more. Presented by DANCECleveland
One of Israel's most highly regarded contemporary dance companies; Vertigo takes the viewer on an exciting and challenging journey into unfamiliar territories with every performance. The company strives to bring people closer together and touch them through the language of the body and movement, which can be felt from their powerful performances.

J’etc. recognizes Jewish-themed events
We recognize the many wonderful Jewish-themed arts and culture events in our community and publicize them through J’etc. We also collaborate with The Mandel Jewish Community Center on the Jewish Arts and Culture Lab, the brainchild of Sara Hurand and Rabbi Zach Truboff, bringing together local Jewish artists for a year of art, learning and fellowship.

Located at the Federation’s Mandel Building, the Roe Green Gallery is devoted to showcasing exceptional visual art by Israeli artists. The gallery hosts a range of exhibitions including paintings, drawings, photography, collage, and prints. Some are guest-curated, like the successful exhibit Prints from Kibbutz Cabri

See images from past gallery shows 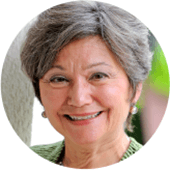 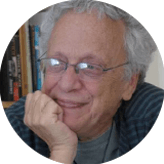 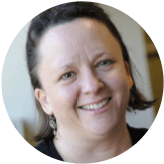 By becoming a Patron, you help ensure that Clevelanders will be exposed to high-quality, thought-provoking and emotion-evoking Israeli arts programming right here in our hometown.

The Jewish Federation’s 2020-21 Cleveland Israel Arts Connection is brought to you by these generous individuals, corporations, and foundations: